Dark Side of the Full Moon Halloween Pachanga

29oct2015Dark Side of the Full Moon Halloween PachangaSam's Burger Joint

This Halloween, The Juantanamos are paying tribute to one of rock's most iconic albums – Pink Floyd's "Dark Side of the Moon" with their Halloween Pachanga on Thursday, October

This Halloween, The Juantanamos are paying tribute to one of rock’s most iconic albums – Pink Floyd’s “Dark Side of the Moon” with their Halloween Pachanga on Thursday, October 29th at Sam’s Burger Joint. The show promises to be a unique visual and sonic experience you don’t want to miss.

But what would make the band want to tackle such an ambitious goal?

“I think a better question is, ‘why wouldn’t we want to play this album?” says guitarist Ryan Chadek. “We’re very lucky in this band to have such a talented group of players and vocalists, so we thought ‘What can we do that’s going to force us to really step it up, but also just be a hell of a lot of fun for us to play and for people to watch?'”

The band is also bringing in a few special guests to help them re-create the album as faithfully as possible.

So what made them choose this album specifically?

“I think ‘Dark Side of the Moon’ is a pretty monumental album in a lot of peoples’ lives. It’s almost a rite of passage. Lyrically, it addresses topics that anyone can relate to – youth, greed, aging, war, loneliness. Musically, it’s as solid as any album in rock history and has a broad appeal, no matter what age you are.”

Immediately following their performance of “Dark Side of the Moon”, the Halloween Pachanga kicks into high gear as the band launches into a raucous hour of music meant to get the crowd on their feet and moving; featuring more special guest appearances. The Juantanamos wide array of influences will be on display, from classic rock to Motown, as well as a selection of songs from their debut CD “Ghost Tracks”…so be sure to bring your dancing shoes! 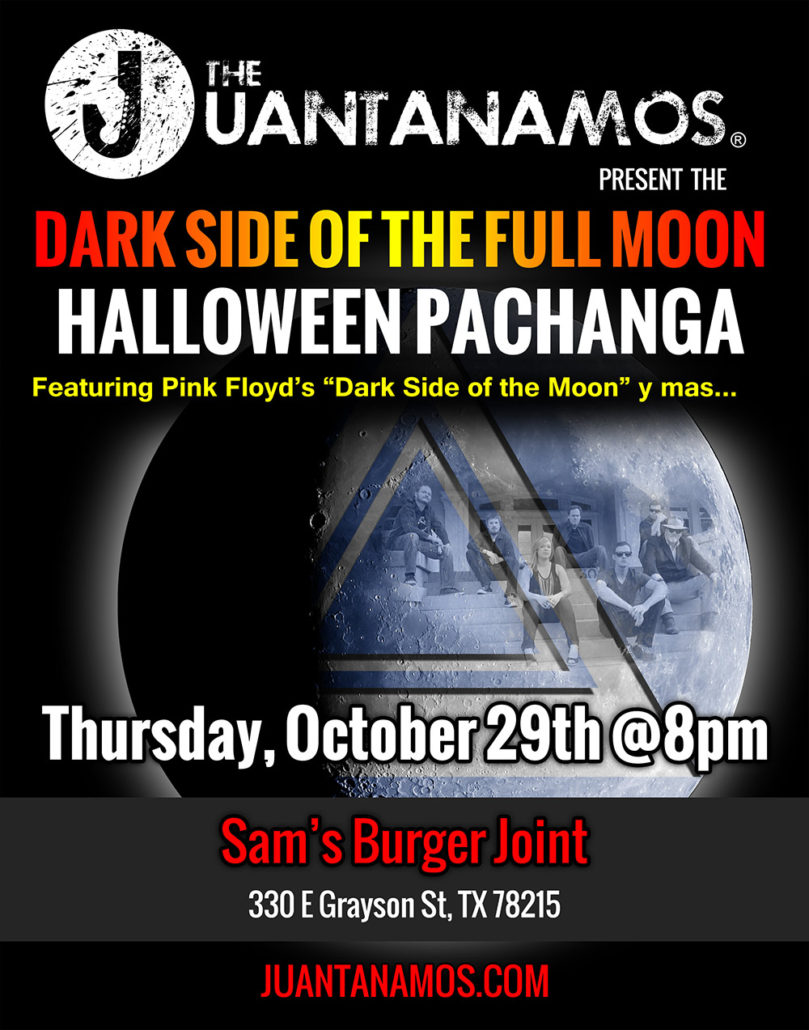